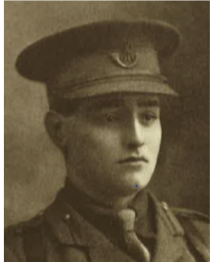 This is the most distressing news that I have had to pass on during the course of this dreadful conflict. Indeed, the details are almost too painful for words, and I wondered if I should spare you them. However, I have come to the conclusion that I should not shy away from sharing what are the grim realities of war for our gallant Old Boys.

He was severely wounded in the head in the attack made by the Ox & Bucks Light Infantry on August 22nd near St. Julien, the same engagement in which Lieut. Will Scott was killed and Walter Moberly won the DSO.

Gifford was brought back to St Thomas’ Hospital in London, where an operation was performed to remove fragments from the wound, leading to hope that he might make a recovery.

During his time in hospital however, Gifford was barely conscious and on Nov 1st he was assessed by a Medical Board. It noted that the brain had swollen to such an extent that it protruded through his skull and had become infected.

The report concluded: “He appears to be totally blind, and consciousness is very feeble. Pupils dilated & inactive, no motor paralysis. Sensation cannot be determined. In the last two days, there has been fever & meningitis has set in with a fit. Recovery is improbable & he is failing rapidly.”

Gifford died the following day – 72 days after he had been wounded. One can only hope that he was in such a state as to have been spared any pain. His passing must be seen as a merciful release for him and his family.

His body was brought back to Oxford so that his funeral could be at his old college (Queen’s).

May he finally rest in peace.