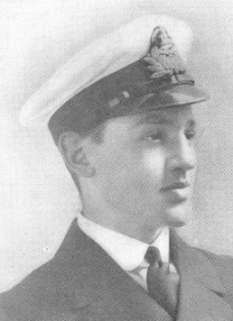 Although there has been a lull in the fighting on the ground, the war in the air goes on unabated. It is with considerable regret that I have to inform you of the death of Cyril Emmett – the first of our Old Boys to have become a flying casualty.

Having left Repton School, he joined the RNAS in May 1917 and proceeded with training to be a pilot.  He was posted on January 17th to 12 Squadron at Dunkirk, where, we are told, he proved himself to be a very capable officer and a good pilot.

The Squadron Commander has informed the family that Cyril did not die in aerial combat, but rather that it was a flying accident of the sort we too often read about. Last Friday (March 15th), he was taking off from the aerodrome when he experienced difficulties.

“He appears to have choked his engine. He tried to regain the aerodrome, but crashed to the ground from a height of about 200 feet. On examination, the surgeon states skull fractured, that death must have been instantaneous.”

He was buried the following day at the Town Cemetery in Dunkirk, the length of his service having been barely two months. His C.O wrote:

18/3/18 “I, in company with officers and men of his Squadron attended his funeral, which took place last Saturday afternoon, and as an appreciation of his sterling qualities this Squadron sent a large wreath.”

Cyril was always so full of life and pluck that it was a joy to be with him. He was a merry and popular Dragon.