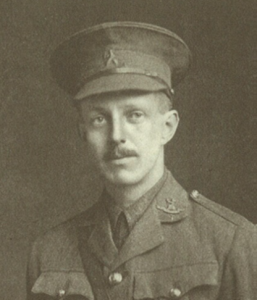 Edmund went missing in action during the Gallipoli campaign some four years ago and whilst there was the faintest hope that he might have survived in captivity, his name has appeared on our Roll of Honour as Missing.

Today however, the ‘Times’ has him listed as “Killed in Action,” stating that “it is now presumed that he was killed on or since August 12th 1915.”

We will therefore now add his name to those of our dear Old Boys who gave their lives in the War. This brings the number on our Roll of Honour to 83.

John Dowson is still unaccounted for.