My brother Hum, as always, has taken particular interest in the religious side of life and made sure that we joined in the national celebration of Peace.

“Yesterday we attended Morning Service at the Cathedral, where we were courteously given seats in the Nave. The beautiful rendering of the Service by the Choir was a great musical treat, but we cannot believe that such form of worship is as suitable for boys as our own Sunday Service.”

In the afternoon a few of the boys found their way to the United Service in ‘Tom Quad‘ – along with a crowd estimated to be 10,000 strong! The band of the Oxfordshire & Buckinghamshire Light Infantry, along with the combined choirs of Christ Church, New College and Magdalene College Schools were an undoubted highlight.

There have been regular Sunday Services at the School this term, of which two were of particular note: 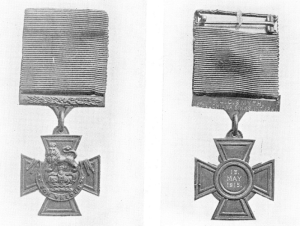 We had hoped to give Rev. Col. Price’s VC Day sermon. But he writes that he ‘just said what he was feeling’ – and has been unable to ‘put it decently together.’ That is probably why it was so effective. He commented on the extreme youth of many of the VC winners, the high pitch to which the standard of bravery and sacrifice necessary for its winning has been raised during the war, yet ‘No VC’s act was more tremendously fine and great than that of Lieut. Smyth.’

Jack was once a very delicate boy, but his fine spirit and pluck pulled him through at that time, and the same grit and power has now won for him eternal fame.

We had a grand VC day picnic thereafter. Boats from Beesley’s took some 120 boys and staff up to Wytham Woods, while the caravan took the provisions and cookie and her staff to Swinford Bridge and a quarter-of-a-mile over the fields to the lock. The blue hyacinths were gorgeous. It was a day to remember. 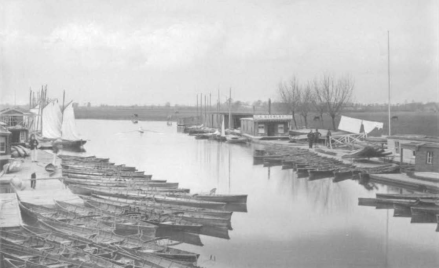 We were delighted to have as preacher Rev Neville Talbot, whose brother Edward Talbot was an Old Dragon. Both served as chaplains throughout the war. Their father, the first Warden of Keble College, was a founder of the first girls’ colleges in Oxford (Lady Margaret Hall and Somerville).

Neville’s other brother, Gilbert Talbot, was killed at Ypres in December 1915 and the famous Talbot House at Poperinghe was founded in Gilbert’s memory by Neville and the Rev. ‘Tubby’ Clayton. It provided a resting place for soldiers to meet and relax in breaks from front line duties. Inside this house all were to be considered equal, regardless of rank, as the notice by the door required: