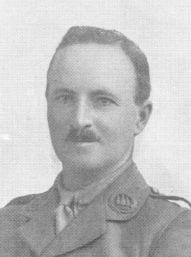 As our forces continue to advance on a number of fronts, it is with deep regret that we have to report the death of Francis Twigg.

Frank was certain to join the army as soon as the call came, and from the Royal Warwicks he received a commission in the 3rd Northants. At the time of his death he was with the 1st Battalion and there, as everywhere, as boy and man, he won the love and respect of his fellows.

Always known as ‘Bonk,’ Frank was the youngest of three brothers who attended the OPS between 1891-99. A good games player, he represented the Midland Counties in hockey in the International Trial games.