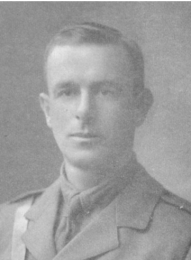 Another dear friend and Old Boy has been taken from us. Frank Spurling has been killed.

He received gunshot wounds to the abdomen and lung during a tour of duty near Poperinghe on December 5th and died the following day at no. 44 Casualty Clearing Station.

The Spurlings are not only a long-standing OPS family, but one that knew before this war had started what it was to lose a son. In the South African War Alfred, the eldest brother, was besieged in Mafeking with Baden-Powell (and, as I recall, managed nonetheless to get a letter out by way of a native runner for the ‘Draconian’!)  Although he survived the siege, he was killed in action not long afterwards.

Another of his brothers, Rev. Henry Spurling, was one of the first editors of the ‘Draconian.’ He left our staff in December 1915 to act as chaplain and interpreter with the Hampshires.

Frank was the youngest and had emigrated to South Africa to be an ostrich farmer in 1903. He returned in 1915 to join the Rifle Brigade. Dangerously wounded twice earlier in the war, Frank visited us earlier this term, before going out for the third time.

We loved Frank as dearly as we know he loved his old school, but the love of family comes above all else. What tragedy has beset them – Frank’s wife died last year, whilst he himself lay seriously wounded in France, and he now leaves a three year old daughter as an orphan.