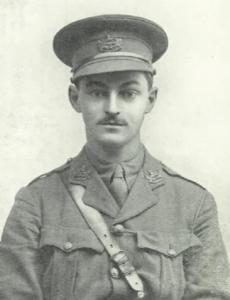 The news of  the death of one of our old boys is always painful and even more so when the family are neighbours. Mrs Childe lives at 7 Chadlington Road, next door to the Macdonells, whose son Alasdair was killed in October.

We have received these details from Capt. WD Chamberlain of the RAMC, who attended him:

“Poor Childe was hit at 10.45 p.m. The bullet went into his head above the ear and came out over his forehead, as near as I can make out, though I did not see the helmet. I saw him about 11.15 p.m. He was completely unconscious and at no time recovered any degree of consciousness while in my hands. He died, I believe, about 3.30 or 4 a.m. (on March 21st) in Merville.”

Another officer, who was with Charlie shortly after he was hit, thinks it was an unaimed bullet, coming from some distance, diagonally across their trench.

Charlie’s letters to us have given much pleasure, as have his visits – every term since the war began – and now we must face the realisation we shall see him no more.

Last September he sent a five-leaved clover he found near his billet, which he hoped would bring luck…